An archive of programmes, practice and partnerships 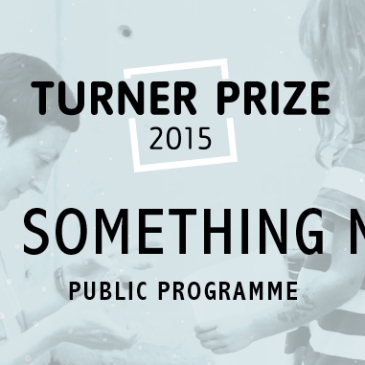 As part of the Turner Prize Public programme and LUMINATE – over at Tramway there are some fab opportunities to get involved in the public programme if you are over 50, including an excellent seminar exploring professional art practice beyond the Turner Prize official cut off age of 50 & also a chance to take part in workshops. … END_OF_DOCUMENT_TOKEN_TO_BE_REPLACED

Devils in the Making Gallery 1 18 September 2015–28 February 2016 In 1996 Douglas Gordon became the first Scottish artist to win the prestigious Turner Prize. He was one of an already successful group of graduates from The Glasgow School of Art (GSA), who were exhibiting around the world to critical acclaim.That same year GoMA … END_OF_DOCUMENT_TOKEN_TO_BE_REPLACED

Douglas Gordon Pretty much every film and video work from about 1992 until now. 27 June – 29 September 2014 Douglas Gordon is one of the most important, internationally known artists to emerge from the Glasgow School of Art in recent decades. He makes videos, films, photographs, sculpture, text and performance works, often referencing supposedly … END_OF_DOCUMENT_TOKEN_TO_BE_REPLACED

Browse through posts by programme area